There’s nothing to see here.

On Sunday, the Colorado Rockies were in damage control mode after a Miami Marlins broadcaster allegedly heard a fan yelling a racial slur (the N word) at one of their players during a game at Coors Field.

It turns out, the fan was hollering “Dinger,” trying to get the attention of the Rox mascot for a picture. 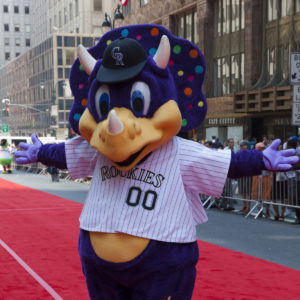 The Rockies released a statement on Monday saying:

“After a thorough investigation that included calls, emails and video clips from concerned fans, media and broadcast partners, the Colorado Rockies have concluded that the fan was indeed yelling for Rockies mascot Dinger in hopes of getting his attention for a photo, and there was never any racial slur that occurred. The Rockies remain dedicated to providing an inclusive environment for all fans, players and guests at Coors Field, and any fan using derogatory language of any kind will be ejected from Coors Field.”