Jenny Slate and Kristen Bell will stop providing their voices for biracial cartoon characters.
Slate portrayed Missy on the Netflix show Big Mouth. Slate’s initial justification was that Missy had a white, Jewish mother like her. Missy is also Black. 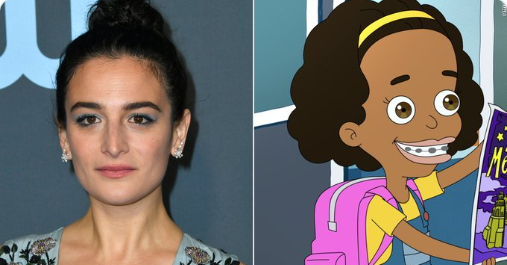 Slate posted on Instagram, “Black characters on an animated show should be played by Black people. I acknowledge how my original reasoning is flawed, that it existed as an example of white privilege and unjust allowances made within a system of societal white supremacy, and that in me playing ‘Missy,’ I was engaging in an act of erasure of Black people.”
Kristen Bell plays a biracial character named Molly on the Apple TV Plus show, Central Park. Bell decided to step down saying, “Playing the Molly in Central Park shows a lack of awareness of my pervasive privilege. Casting a mixed race character w/a white actress undermines the specificity of the mixed race & Black American experience.”