Bahamian American actor, director, and producer who broke the colour barrier in the U.S. motion-picture industry by becoming the first African American actor to win an Academy Award for best actor (for Lilies of the Field [1963]) and the first Black movie star. He also redefined roles for African Americans by rejecting parts that were based on racial stereotypes. n 1967 Poitier appeared in three hit movies. In To Sir, With Love he played a schoolteacher, while in In the Heat of the Night he played Virgil Tibbs, a black detective from the North who helps solve a murder in a southern town and wins the respect of the prejudiced police chief there. In the comedy Guess Who’s Coming to Dinner, also starring Spencer Tracy (1900–1967) and Katherine Hepburn (1907–), Poitier’s character is engaged to a white woman. The film was Hollywood’s first love story between members of different races that did not end tragically. Reflecting on the feelings of filmmakers during this period, Poitier remarked to Susan Ellicott of the London Times, “I suited their need. I was clearly intelligent. I was a pretty good actor. I believed in brotherhood, in a free society. I hated racism, segregation [separation based on race]. And I was a symbol against those things.” 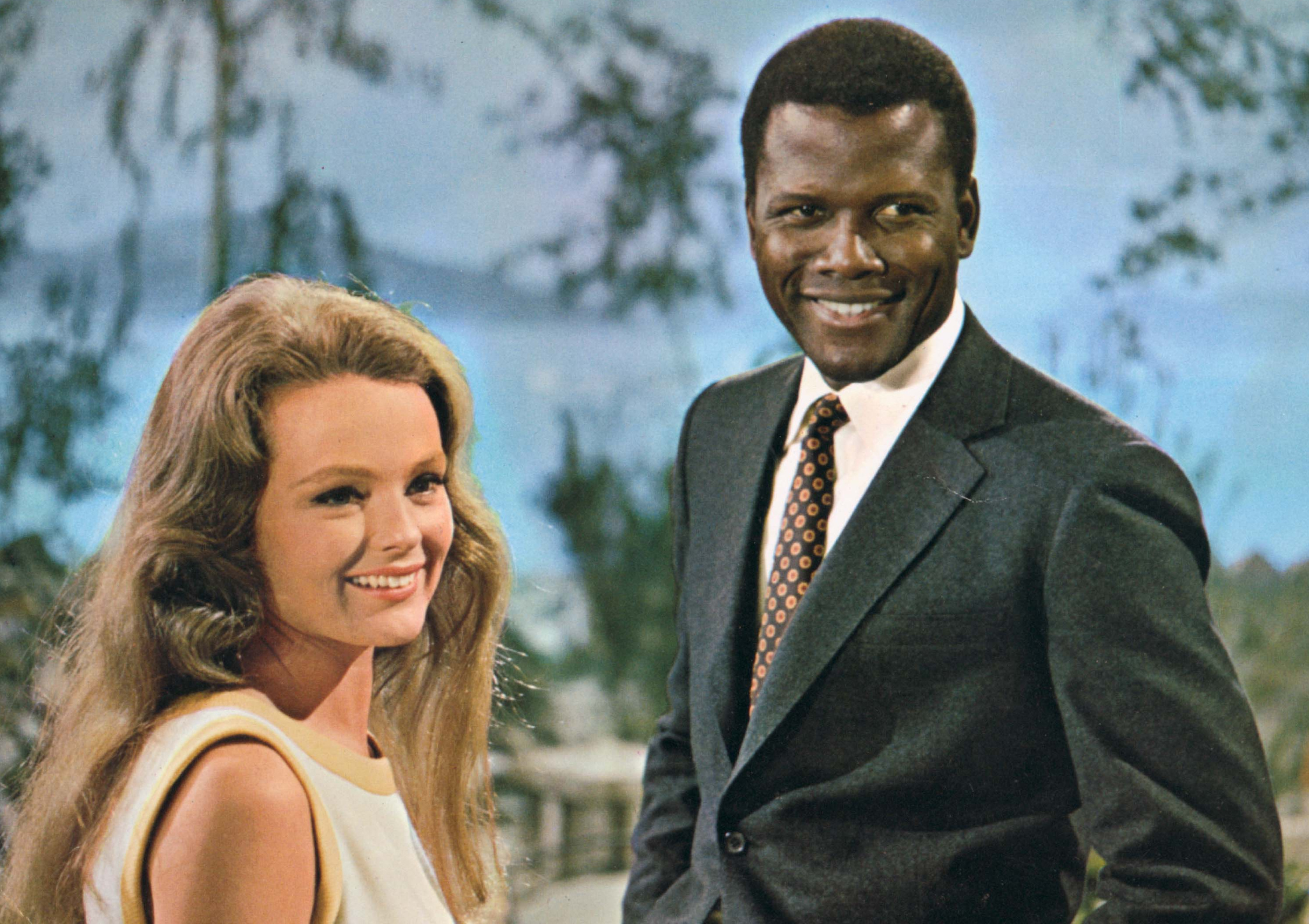 Of course, Poitier was more than a symbol. David J. Fox reported in the Los Angeles Times that actor James Earl Jones (1931–), at a tribute to Poitier hosted by the American Film Institute (AFI) in 1992, remembered, “He marched on Montgomery and Memphis with Dr. Martin Luther King, Jr. [1929–1968], who said of Poitier: ‘He’s a man who never lost his concern for the least of God’s children.'” Rosa Parks (1913–), who in 1955 became a civil rights hero simply by refusing to sit in the “negro” section of a Montgomery bus, attended the tribute and praised Poitier as “a great actor and role model.”

In 1972 Poitier costarred with Belafonte in the western Buck and the Preacher for Columbia Pictures. After an argument with the film’s director, Poitier took over; though he and Belafonte urged Columbia to hire another director, a studio official saw footage Poitier had shot and encouraged him to finish the film himself. Poitier went on to direct three features starring comedian Bill Cosby (1937–) in the 1970s: Uptown Saturday Night, Let’s Do It Again, and A Piece of the Action. They also worked together on the comedy Ghost Dad (1990), which was a disaster. Poitier also directed the hit comedy Stir Crazy (1980), as well as several other features.

Poitier took only a handful of film roles in the 1980s, but in 1991 he played Supreme Court justice Thurgood Marshall (1908–1993) in the television film Separate but Equal. In 1992 he returned to the big screen for the comedy-drama Sneakers, which costarred Robert Redford (1937–) and River Phoenix (1970–1993). The AFI tribute to Poitier also took place in 1992; in his speech he welcomed young filmmakers into the fold and urged them to “be true to yourselves and be useful to the journey,” reported Daily Variety.

Poitier and his wife, actress Joanna Shimkus, travel a great deal because they live in California and have children in New York. Poitier returned to television for 1995’s western drama Children of the Dust. He continued to star in television movies with To Sir with Love II (1996) and the Showtime drama Mandela and de Klerk (1997). The latter follows the story of Nelson Mandela’s (1918–) last years in prison to his election as leader of South Africa. Both received mixed reviews.

In 2000 Poitier received the Screen Actors Guild Lifetime Achievement Award. In April of that year, The Measure of a Man: A Spiritual Autobiography (the story of his own life) was published. In February 2001 Poitier won a Grammy award for best spoken-word album for his reading of the book. Poitier was presented with the NAACP’s (National Association for the Advancement of Colored People) Hall of Fame Award in March 2001. In March 2002 Poitier was awarded an honorary Academy Award for his long, dignified career. The award was especially meaningful because it came on the same night that African Americans won both the Best Actor (Denzel Washington) and Best Actress (Halle Berry) awards. 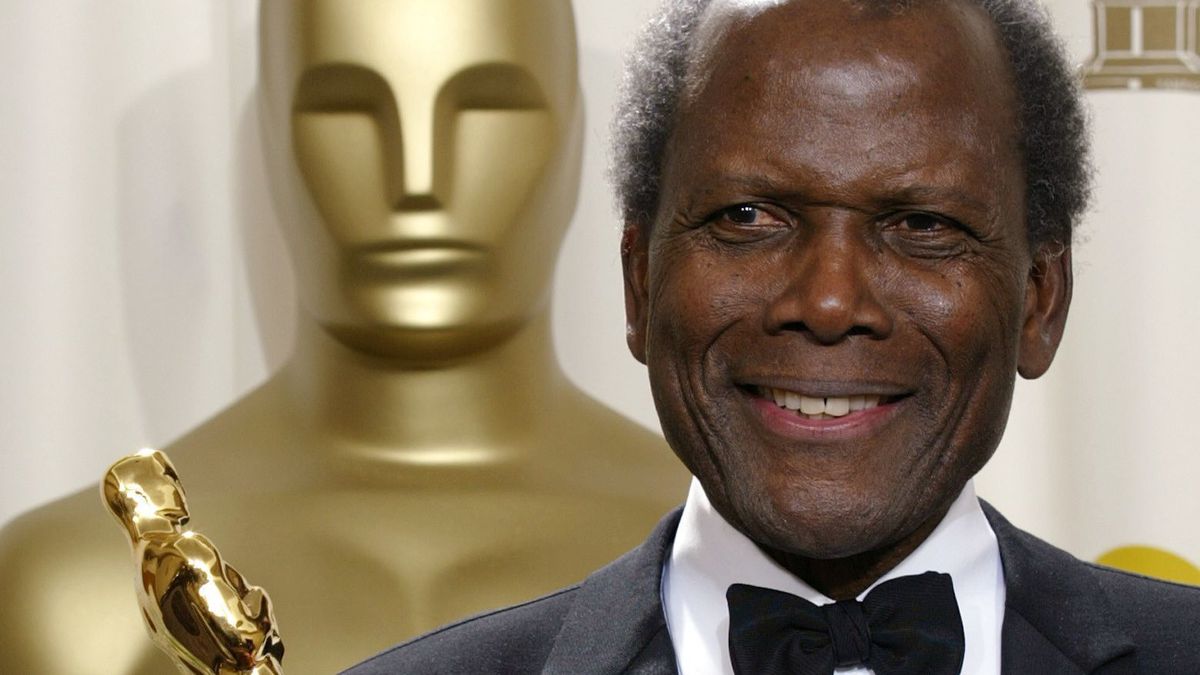