Rides offered for free until September 28.

The N Line opened its train doors on September 21 to the public and is hoping that those that live the suburbs north of the metro area will soon fill the cars to head to work, entertainment, dining, and more in the downtown area and beyond.

Watch a time-lapse video as one of our trains traverses 13 miles of track in 45 seconds. Courtesy of RTD.

The N train runs on an existing rail line no longer in use by other trains and for the first time, connects the neighborhoods north of downtown to the overall RTD system. The first 13 miles of the proposed 18.5-mile line provides service from Union Station through Denver, Commerce City, Northglenn, Thornton, and eventually North Adams County. The remaining 5.5 miles, when constructed, will provide service to SH 7/162nd Avenue Station. RTD will fully operate the N Line, which has had a long road to this opening milestone, including several opening-date pushbacks due to regulations, budget, construction issues, testing, and more.

“I’m excited for all that the N Line will bring to the Denver metro region. Not only will it bring more investment to the area, solutions to increasing traffic, but more importantly, the connectivity it brings to the entire RTD system. This new commuter rail line will enhance the north metro community today and for future generations,” said Paul Ballard, Interim General Manager and CEO of RTD.

Notable stops along the line include one near the in-renovation National Western Stock Show Complex, which will make it handier for people to visit the many events at the center without having to drive I-25 or find parking. Unfortunately, the 2021 National Western Stock Show is canceled, so visitors won’t be able to take a ride on the N line to that event until 2022. 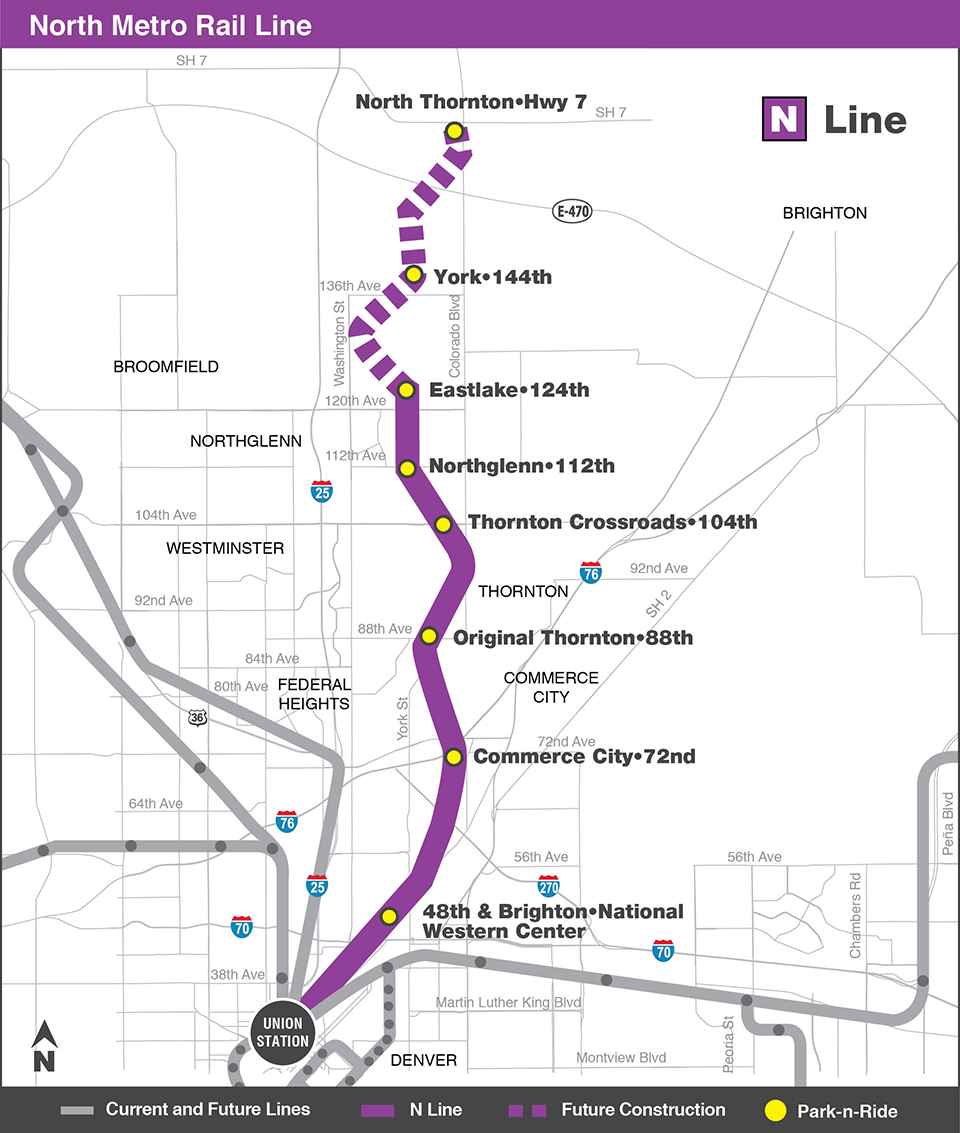 In all, there are seven stations on the line, including Union Station, as well as five new Park-n-Rides. Riders can enjoy free fares until September 28. From September 28, 2020, through March 27, 2021, as part of a promotional fare pilot program, RTD will offer a local fare for travel on the entire N Line, which is $3 one-way. Transfers from the N line to other trains or buses may cost extra.