was an American political scientist, academic, and diplomat who received the 1950 Nobel Peace Prize for his late 1940s mediation in Israel. He was the first African American to be so honored. He was involved in the formation and administration of the United Nations and played a major role in numerous peacekeeping operations sponsored by the UN. In 1963, he was awarded the Presidential Medal of Freedom by President John F. Kennedy.

Bunche served on the US delegation to both the Washington Conversations on International Peace and Security Organization in 1944 and United Nations Conference on International Organization in San Francisco in 1945 that drafted the UN charter. Bunche served on the American delegation to the first session of the United Nations General Assembly in 1946. He then joined the UN as head of the Trusteeship Department, and began a long series of troubleshooting roles. In 1948 he became an acting mediator for the Middle East, negotiating an armistice between Egypt and Israel. For this success he was awarded the Nobel Peace Prize in 1950. He continued to serve at the United Nations, working on crises in the Sinai (1956), the Congo (1960), Yemen (1963), Cyprus (1964) and Bahrain in 1970, reporting directly to the UN Secretary-General. He also chaired study groups dealing with water resources in the Middle East. In 1957 he was promoted to Under-Secretary-General for special political affairs, having prime responsibility for peacekeeping roles. In 1965 he supervised the cease-fire following the war between India and Pakistan. He retired from the UN in 1971.

Bunche was an active and vocal supporter of the Civil Rights Movement in the United States. He participated in the 1963 March on Washington, where Martin Luther King Jr. gave his “I Have a Dream” speech, and also in the Selma to Montgomery march in 1965, which contributed to passage of the landmark Voting Rights Act of 1965 and federal enforcement of voting rights.

Bunche lived in the Kew Gardens neighborhood of Queens, New York, in a home purchased with his Nobel Prize money, from 1953 until his death. Like many other people of color, Bunche continued to struggle against racism across the United States and sometimes in his own neighborhood. In 1959, he and his son, Ralph, Jr., were denied membership in the West Side Tennis Club in the Forest Hills neighborhood of Queens. After the issue was given national coverage by the press, the club offered the Bunches an apology and invitation of membership. The official who had rebuffed them resigned. Bunche refused the offer, saying it was not based on racial equality and was an exception based only on his personal prestige.

Bunche was never a communist or Marxist, and instead came under very heavy attack from the pro-Soviet press. 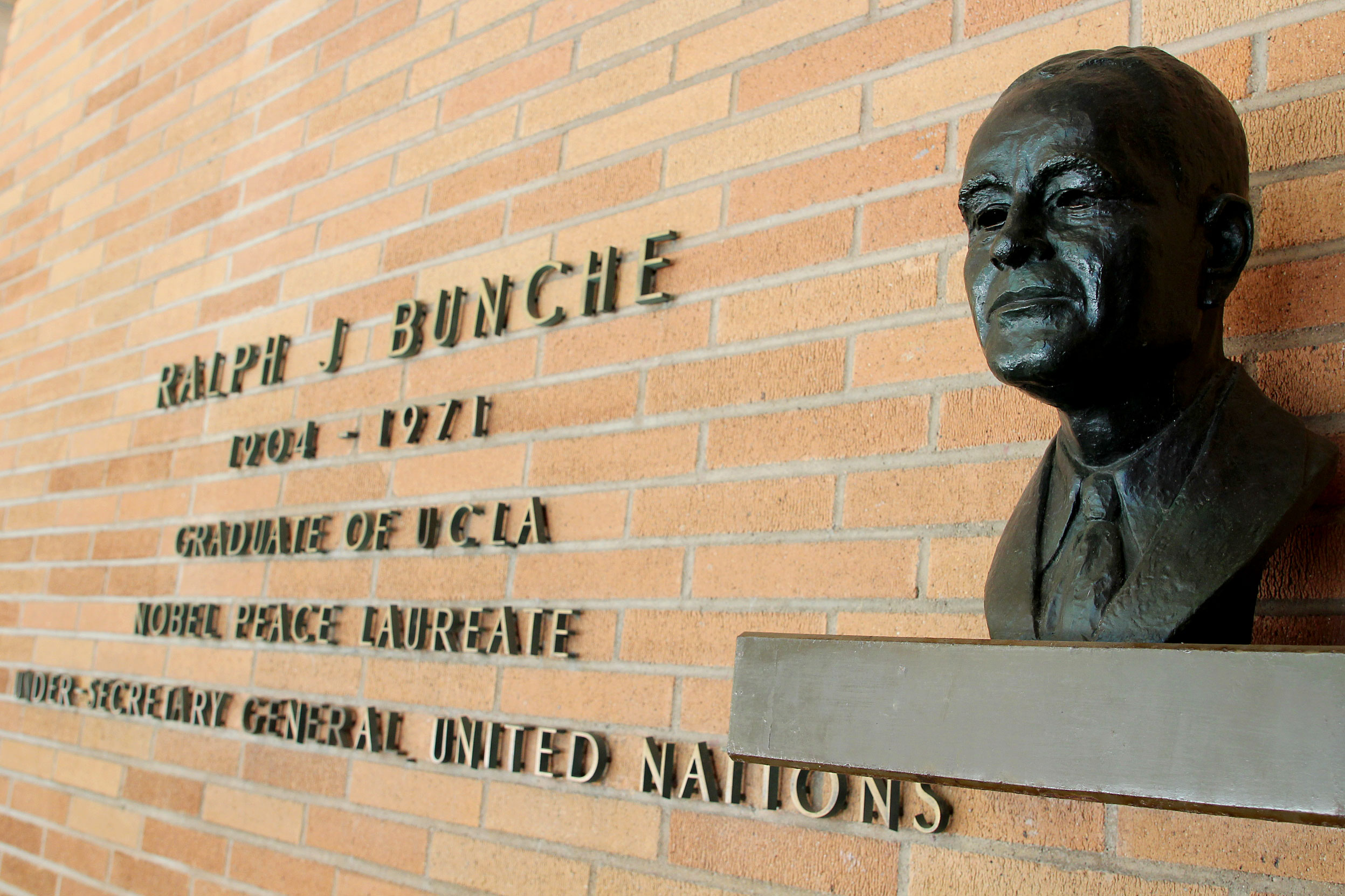 Bunche resigned from his position at the UN due to ill health, but this was not announced, as Secretary-General U Thant hoped he would be able to return soon. His health did not improve, and Bunche died December 9, 1971, at age 67. He is buried in Woodlawn Cemetery in The Bronx, New York City.