Princess Tiana is finally getting a ride at both Disneyland and Walt Disney World.

Earlier in June, a Twitter thread captured the hearts and imaginations of many Disney fans when it laid out a potential redesign of the Splash Mountain ride at Disneyland. This redesign would use the existing ride mechanics with new theming and animatronics to create a The Princess and the Frog ride.

Princess and the Frog Splash Mountain retheme for Disneyland thread. Just put on the soundtrack and a splash ridethrough while reading this. pic.twitter.com/8z5wOalyB7

While this tweet wasn’t the actual inspiration for the project (it has been in the works since last year), its positive reception may have encouraged Disney to make the official announcement about changing the ride at both U.S. parks, Disneyland and Disney World. That’s right, the equally beloved and lamented ride is getting a refresh to cut ties with its racist Song of the South roots.

Originally designed and built for Disneyland in the early 1980s, Splash Mountain was themed after the movie Song of the South, a 1946 film based on several stories in the book Uncle Remus by Joel Chandler Harris. The book and the film both included stereotypical misrepresentations of Black culture that confirmed racist attitudes in the 1940s. Even though the film used animal characters, they still symbolically reinforced racist societal hierarchy. The racist language and ideas of the book and film have caused such uproar that it has never been released for home viewing and likely never will. Disney has consistently distanced itself from the film, yet it is the basis for a very popular ride at three of its parks worldwide.

Splash Mountian is a flume ride that incorporates the animal characters of the film. On the website for Walt Disney World, they describe the ride:

“Gently drift through a colorful Southern bayou along with happy-go-lucky Br’er Rabbit as he looks for his “laughing place.” But be warned: Br’er Bear and Br’er Fox are in hot pursuit of this wayward hare.” 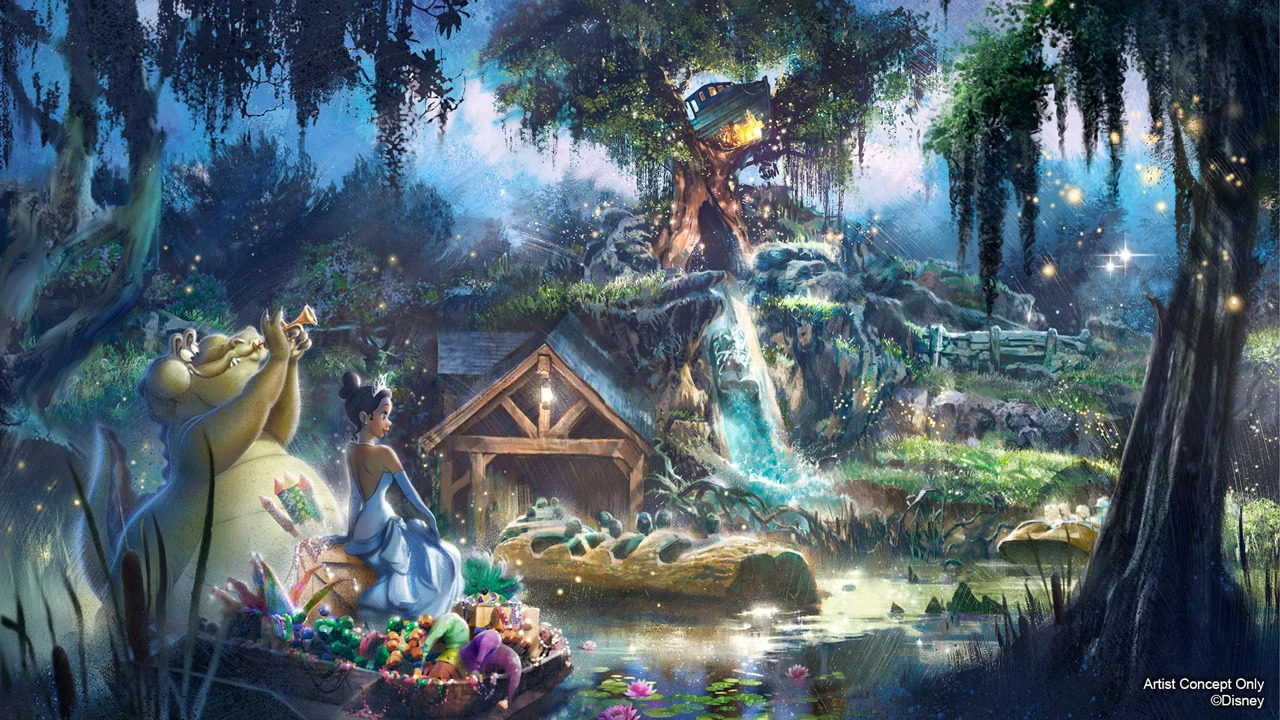 During the ride, the soundtrack includes both “Zip-a-Dee-Doo-Dah” and “Ev’rybody’s Got a Laughing Place” from the film. While the ride never mentions the film by name, the associations are present and recognizable for those aware of the film and its history.

Despite the history and associations of the characters, the ride is a classic favorite for lots of park-goers, many of whom may have never even heard of the film at all. Those same fans are saddened that their beloved ride is changing after all these years. Other negative reactions to the news noted that Tiana deserves her own completely new ride and that refreshing rides destroys the nostalgia for older park-goers. People also noted that the location of the ride at Walt Disney World doesn’t really fit the theme: in Disneyland, the ride is in the perfect location of New Orleans Square, while in Florida it is in Frontierland.

On the other hand, many people find the associations with the racism of Song of the South troubling enough to justify a ride overhaul that feels overdue. Additionally, the plan to adapt the ride to theming based on The Princess and the Frog is exciting, since this favorite movie doesn’t have its own ride yet. The mostly dark, watery ride is perfect for conversion into the bayou so that eager fans can continue to follow Tiana’s musical adventure after the end of her movie, as she and Louis (the alligator) prepare for Mardi Gras.

For those who hate to see change come to the parks of their childhoods, it’s important to remember that Walt Disney’s original dream was of parks that stay fresh and innovative, so this idea of changing rides to update them (he called it “Plussing”) is in line with that. This isn’t the first ride nor the last that will be updated with new characters for younger Disney fans to respond to and fall in love with (Maelstrom in Florida and The Tower of Terror in California have both received popular overhauls).

What do you think of the news?

AMC Will Open Theaters on August 20 With 15-Cent Tickets