After serving in the California State Assembly, Maxine Waters (born 1938) was elected by Californians to the U.S. House of Representatives in 1990. As a member of Congress, she fought for legislation promoting aid to poor and minority neighborhoods in American cities and combating apartheid in South Africa. 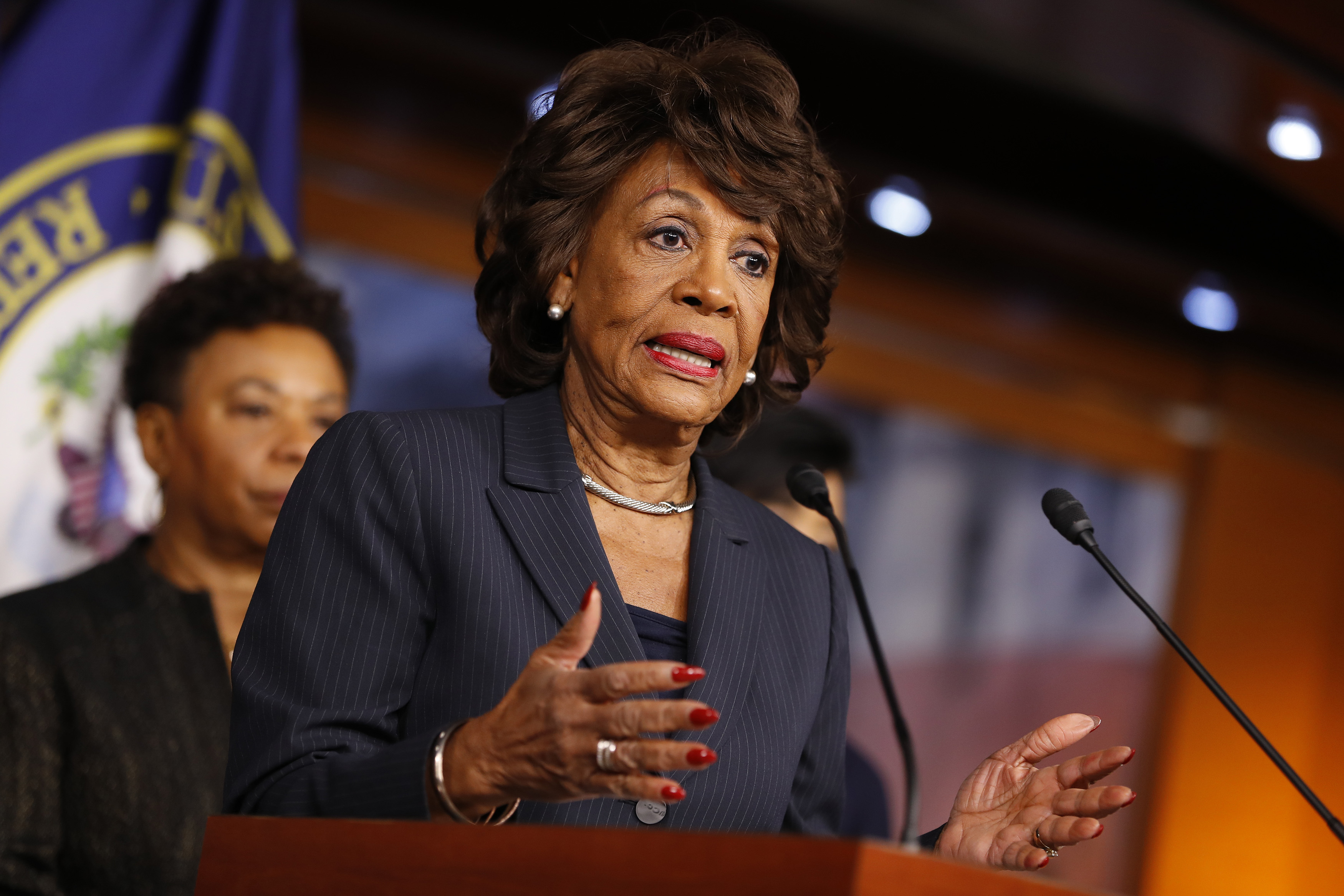 “If you believe in something, you must be prepared to fight. To argue. To persuade. To introduce legislation again and again and again, ” stated Maxine Waters in Essence. During the fourteen years that she served in the California State Assembly, Waters earned a reputation as a both a fighter and the most powerful black woman in politics. In 1984 M. Carl Holman, head of the National Urban League, was quoted in Ebony as saying that Waters was “one of the brightest, ablest and most effective legislators without regard to race or sex that I’ve ever seen.” After her 1990 election to the U.S. House of Representatives, Waters moved to Washington ready to continue what she had done in California—champion black issues. In an Essence article entitled “Woman of the House, ” Waters reiterated her belief that “too many Black politicians want to be in the mainstream…. My power comes from the fact that I am ready to talk about Black people.”

Born in 1938, Waters was one of thirteen children in a poor family living in a St. Louis housing project. She credits her childhood for what she is today—competitive, outspoken, and determined. “Just getting heard in a family that size is difficult, ” she explained in Ebony. Waters’ mother, Velma Moore Carr, struggled to support her family by working intermittently at a series of low-paying jobs augmented by welfare. Waters described her mother in Ebony as “a strong woman, a survivor, ” whose determination served as an inspiration to her.

Although Waters’ high school yearbook had predicted that one day, she would be the Speaker of the House of Representatives, Waters found that possibility to be extremely remote. After graduating from high school, she married and had two children. In 1960 the family moved to Los Angeles, where Waters worked at a few menial jobs before taking an opportunity to organize a Head Start program in the suburb of Watts. ” Head Start made a significant difference in my life, ” Waters stated in Essence. “It helped me see how I could help people, and it helped steer me into politics.”

In the late 1960s she entered California State University at Los Angeles to study sociology. By the time she earned her degree, she was divorced and raising her children alone. Waters’ background is frequently cited to explain why she fights so passionately for such issues as education and affirmative action. She explained in Essence: “I just want to make life better for some people. Everybody deserves a good quality of life. There is too great a divide between the haves and the have-nots, and I believe I can do something to change that.”

Waters got her start in politics as the chief deputy to Los Angeles city councilman David Cunningham. She managed Councilman Cunningham’s campaigns and was actively involved in the campaigns of Senator Alan Cranston and Los Angeles mayor Tom Bradley. She gained a reputation for superb legislative ability and determination. Although her move into state politics was natural, it was also a rough transition. Because some of her colleagues regarded her as a maverick, Waters found all sorts of roadblocks when she arrived at the California State Assembly. Waters told Ebony that the early difficulties she had were a result of “this perception they had of the Black woman coming from Los Angeles who needed to be taught a lesson.”

The first thing Waters did was to take on women’s issues and travel throughout California, organizing and talking to women who had never heard from a legislator. Waters believes that this experience helped to shape her leadership ability. The Speaker of the Assembly, Willie Brown, Jr., provided support and guidance as Waters learned the system.

Waters was instrumental in the formation of the National Political Congress of Black Women in August of 1984. Born of the frustration of black women leaders, the organization emphasized mainstream electoral politics to focus on what they felt were unique and neglected problems facing women. The organization’s goal was to encourage every black woman in America to become involved in political activity. “It is important that Black women understand that we can seek leadership roles and not lose our identity, ” proclaimed Waters in Essence. “We don’t have to do a song and dance because we’re afraid we might alienate others. I am not interested in making everyone comfortable—some people need to be made uncomfortable. Black women need to feel a sense of our own power.”

While a member of the California State Assembly, Waters introduced and passed legislation on minority and women’s tenants’ rights and on limits on police strip searches. Her greatest challenge, however, was maintaining patience throughout the eight years it took her to pass legislation divesting California state pension funds from companies doing business with South Africa. She reintroduced the bill six times before it passed in September 1986, demonstrating the perseverance that she feels is necessary for success in politics. 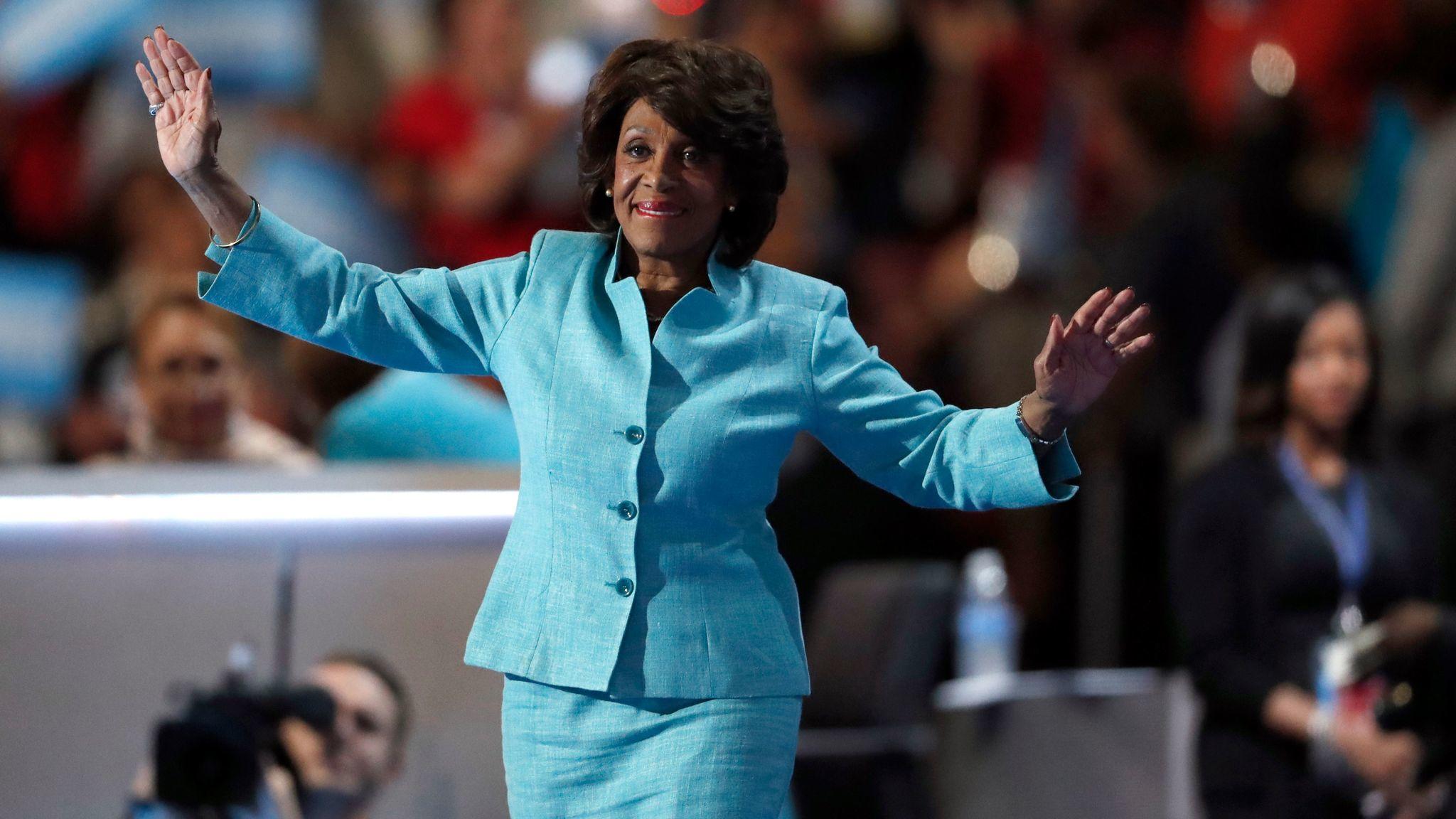 Waters also succeeded in passing an affirmative action bill that required California to set aside 15% of all state contracts for companies owned by members of minority groups and 5% for companies owned by women. The bill was acclaimed as landmark legislation because it was the first major statewide bill to mandate such programs. Another of Waters’ pieces of legislation resulted in the creation of the nation’s first statewide Child Abuse Prevention Program. In 1984 Waters’ accomplishments were acknowledged when she was selected to chair the California State Assembly’s Democratic Caucus, the first woman to ever hold this post.

Waters was Jesse Jackson’s most vocal backer in both the 1984 and 1988 presidential races and was his campaign manager in the latter. When presidential candidate Michael Dukakis chose Texas Senator Lloyd Bentsen instead of Jackson as his vice-presidential running mate, Waters appeared on ABC’s Nightline declaring that Jackson would break off talks with the Dukakis campaign.

In an article for the Nation, Waters wrote: “That Jackson speaks for large numbers of others as well is one indication that blacks serve as a barometer for the nation…. The Democrats cannot win the presidency without us and without Jackson and others who will work for the party.” In the same article, Waters further addressed what she considered the Democratic party’s lack of commitment to black issues. She wrote of the hopelessness of young black people crowded into inner-city ghettos, not only in Los Angeles but across the nation, and of the “lethal infestation of drugs” in such communities. Waters noted: “An elementary lesson in life is that if people cannot survive in one way, they will try another. In an affluent society in which only dollars appear to matter, some young people will find drug-pushing a seductive (or desperate) alternative to low-paying jobs.”

Waters advocated breaking away from the Democratic party and possibly creating a third party that would be responsive to the concerns of blacks and other people of color. In the Nation she commented: “When I look at what is currently happening to the masses of black people, to America’s poor in general and the entire nation, I am angry and frustrated. But we cannot yield to feelings of helplessness; we must transform anger and frustration into bold and direct action…. As for the Democratic Party, it must prove itself in these critical times or stand, like the Republicans, as just another instrument for betrayal and suppression of the people.”

“That’s the thing about Waters, ” remarked Julianne Malveaux in Essence. “She pushes her causes openly. She raises her voice while everyone else whispers. She wears red when everyone else wears gray. She makes a difference.” That Waters has made a difference is evidenced by such programs as Project Build, which she established in her district to provide educational and job training services for residents in six Watts housing projects. Late in 1990 the Maxine Waters Vocational Educational Center was under construction in South Central Los Angeles, a symbol of hope in an area of boarded-up buildings and vacant lots.

When Waters was elected to Congress in 1990, she was one of five new African American representatives. She was appointed to the House Banking, Finance and Urban Development and the veteran Affairs Committees but vowed to remain an activist in civil rights, women’s issues, and peace. She explained: “Activists don’t shut down when they get to Congress, they try to be more activist.” On gender issues she remained adamant in inspiring the “average” woman to succeed. “People who come from backgrounds like mine are not supposed to serve in the U.S. Congress. When a little girl who came out of poverty in St. Louis has an opportunity to serve in Congress, it is like thumbing your nose at the status quo.”

Waters exploded onto the national scene during the Los Angeles fires, beatings, and rioting which followed the verdict of the policemen in the Rodney King beating. Much of the destruction and mayhem was in Waters’ district and she quickly returned home to lend a helping hand and take advantage of the media spotlight by excoriating the urban policies of President Bush and former President Reagan. She was also in turn excoriated for defending the rioters, looters, and arsonists when she remarked on national television: “Riot is the voice of the unheard.” In a scathing editorial the conservative National Review claimed she was trying to shift the blame for the riots from the rioters to everybody and everything else and in the process was giving tacit permission to riot again.

As promised, Waters continued her form of activism from Washington D.C. In 1992 she introduced a bill which would have provided $10 billion to fight urban decay. In defending her proposed legislation, she claimed that America’s cities deserve the same consideration as Russia and Israel, both recipients of massive U.S. foreign aid. Waters also called for job training for black males aged 17 to 30, increased African American ownership of small businesses, and tougher anti-discrimination banking laws. In 1994 she joined a coalition against violent and sexually explicit song lyrics and came out against so-called “gangsta rap.” She told Jet that little was being done to curb music’s obscenities and vulgarities. But ever the street populist, Waters pointed the finger of blame at industry executives for not exercising more control over their recording artists and said it was “…foolhardy to single out rap artists as instigators of violence among young people.”

In 1996, Waters was elected to chair the Congressional Black Caucus. Following that, she was involved in pushing for further investigation of reports that the CIA was involved in a plan to distribute drugs to African Americans in Los Angeles in the early 1980s. 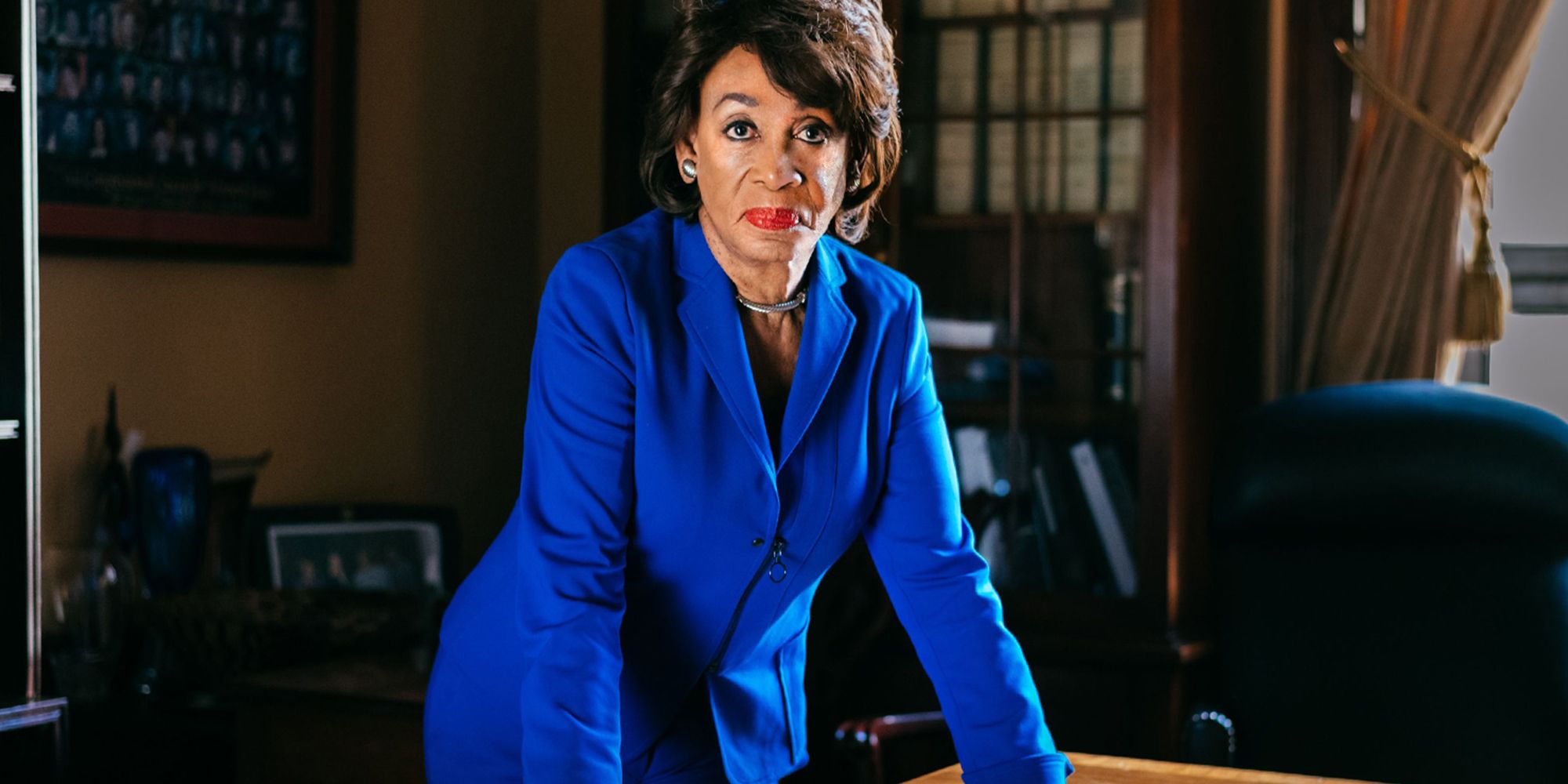