The Isley Brothers will have not one but two upcoming street-naming ceremonies in New Jersey.

The streets in Teaneck and Englewood will both be renamed to honor the group and what they’ve done for the community. 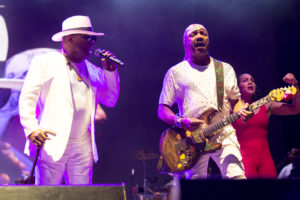 Both locations will get the name The Isley Brothers Way.

Ron Isley talked about the honor and said, “I’m truly grateful and humbled that Teaneck and Englewood, two cities that are so near and dear to me, have chosen to honor the Isley Brothers in this way.”

Kendall B’s THE B LIST – Check Out The New…