There was some “Real Housewives” tension at the Mrs. Sri Lanka pageant.

Pushpika De Silva won the crown. Then the drama began live on stage. 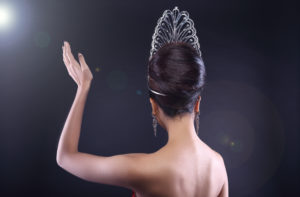 Mrs World Caroline Jurie came out, pulled the crown off of De Silva’s head and gave it to the first runner-up.

Jurie claimed that De Silva was divorced and therefore, she’s no longer a Mrs. She said, “I am taking my first steps saying that the crown goes to the first runner up. There is a rule that prevents women who have already been married and are divorced.”

The crown was snatched roughly enough that De Silva had to go to the hospital with injuries.

De Silva went on social media to clarify that she was separated and not divorced, so she is not unmarried.

Officials gave the crown back to De Silva after days of deliberation. More investigations are taking place. DRAMA!!

What A Pick Up: Bowler Makes PBA History Picking Up 7-10 Split