Janet Jackson is back!

The Queen of Pop sprung a surprise on the masses moments ago with the announcement of ‘Black Diamond’ – her new album and tour!

Hey U Guys! I’ve heard all your wishes and now from my lips to your ears. I’m working on my new album and going on a brand new World Tour this summer! Both titled ✨ “Black Diamond”. ✨
—
Black Diamonds are the toughest of all the diamonds, the hardest to cut. I see that as the hardest to hurt or destroy. There is a lot that I have endured. I see myself as a Black Diamond in its purest form. I’m a rock, I have ruff edges but I keep moving forward. I want to show you my strength as well as give you strength.
—
I love u guys so much and I’m #SoExcited to share this new era with you. See u soon! #BlackDiamond 🖤💎😘

The high-energy show will feature an all-new production featuring new music too.

Reps for Janet confirm that European and International dates are incoming.

Pending then, peep North American dates below. Tickets for which go on general sale Feb 13th. 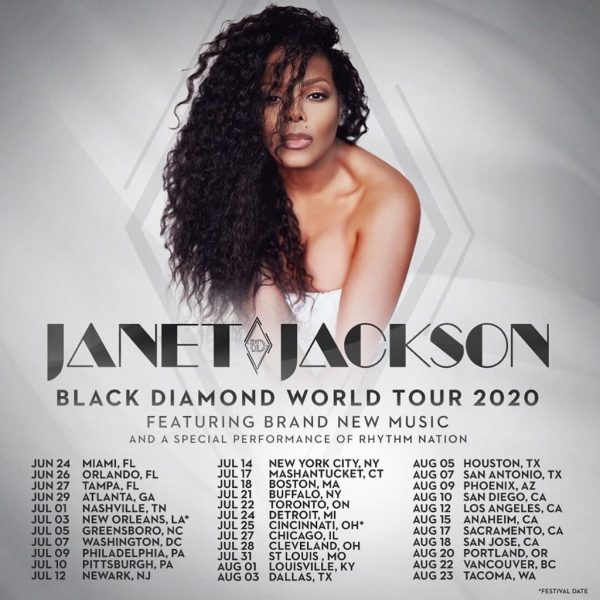 Wine Prices Expected To Drop To Lowest In Five Years