Ilhan Omar is a Somali American politician from Minnesota. She is the director of policy and initiative of the Women Organizing Women Network which encourages women from East Africa to take on civic and political leadership roles. In 2016 she was elected a Democratic-Farmer-Labor (DFL) Party legislator in the Minnesota House of Representatives, becoming the first person of Somali ancestry in the United States to serve in a state legislature. 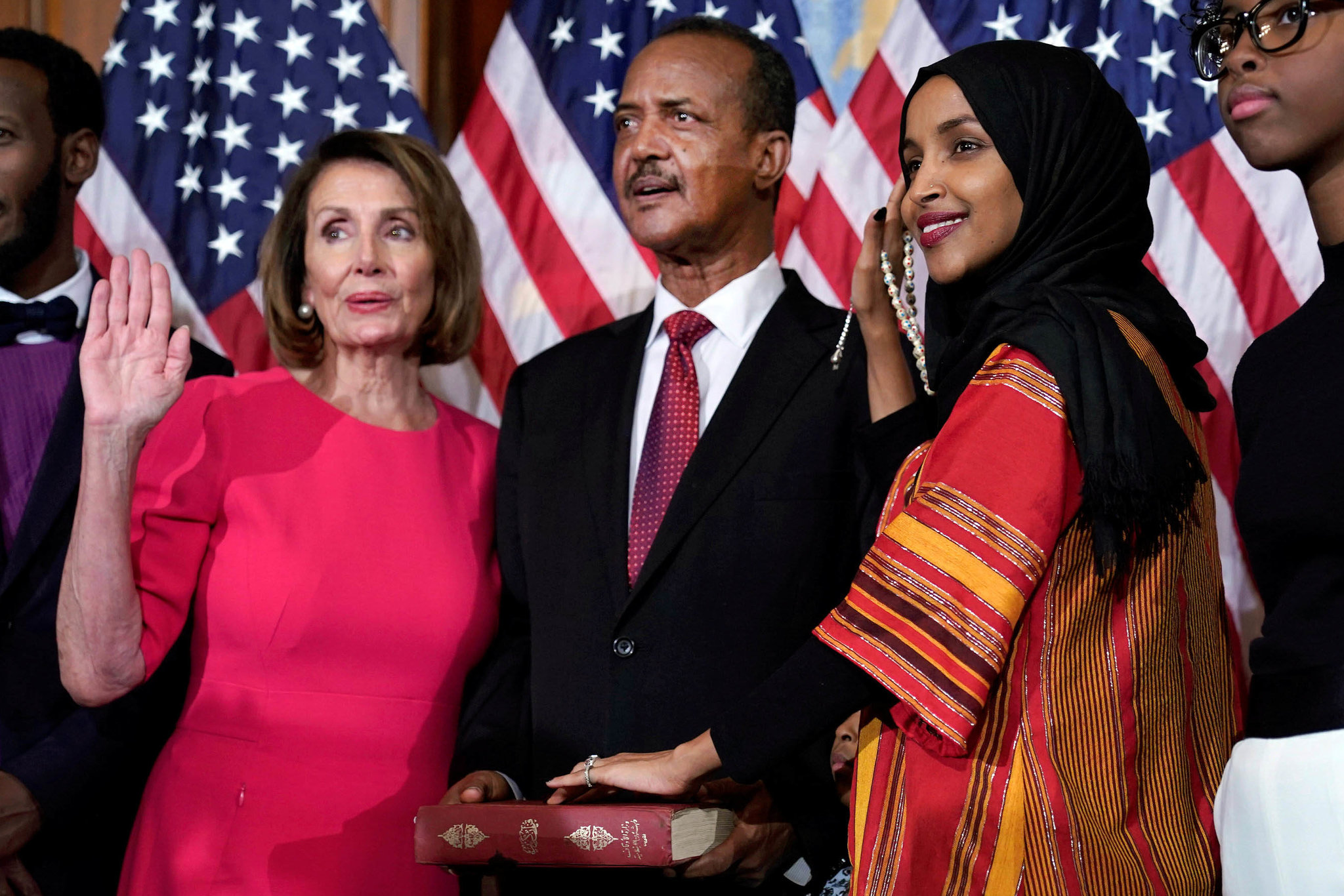 Omar was born in 1982 in Mogadishu, Somalia. Her father, Nur Omar Mohamed, a Somali, worked as a teacher trainer. Her mother was from Yemen and died when IIhan was a child. She was raised by her father and grandfather, Abukar Omar, director of Somalia’s National Marine Transport.

After the start of the Somali Civil War in 1991, the family left the country and spent four years in a refugee camp in Kenya. In 1995 they immigrated to the United States. The family settled initially in Arlington, Virginia, and then moved to Minneapolis, Minnesota, where Omar learned English in only three months. She attended Edison High School in Minneapolis and volunteered there as a student organizer. Omar became a U.S. citizen at the age of 17 in 2000. After graduating from high school, she attended North Dakota State University in Fargo, North Dakota, where she participated in the Muslim Student Association. She graduated from the university with bachelor’s Degrees in Political Science and International Studies.

Omar began her professional career as a community nutrition educator with the University of Minnesota. She worked in this capacity from 2006 to 2009 in the Greater Minneapolis-St Paul Area. In 2012 she served as a campaign manager for Kari Dzeidzik’s bid for a legislative seat in the Minnesota State Senate. Between 2012 and 2013, Omar was a child nutrition outreach coordinator with the Minnesota Department of Education. She worked as a campaign manager for Andrew Johnson when he ran for a Minneapolis City Council seat, representing Ward 12 in 2013. Following Johnson’s successful election to the council, Omar served as the senior policy aide in his office from 2013 to 2015.

In 2016 Omar presented herself as a legislative candidate on the Democratic Farmer-Labor (DFL) Party ticket for the Minnesota House of Representatives. On August 9, 2016, she defeated Phyllis Kahn and Mohamud Noor in the DFL primary to become the nominee for the 2016 Minnesota House election for district 60B. Omar’s chief opponent in the general election was Republican Party nominee, Abdimalik Askar. In late August, Askar announced his withdrawal from the campaign due to the death of his father and the demands of his graduate studies.

In 2018 Omar decided to run for the 5th Congressional District (mostly Minneapolis) then held by Congressman Keith Ellison who was stepping down to run for Attorney General of the state.  After winning the Democratic Farmer-Labor Party endorsement, she defeated all other contenders winning 42% of the August 4 primary vote.  In November 2018 she defeated conservative Republican activist Jennifer Zielinski, garnering 78% of the vote to become the first Somali American member of the U.S. Congress and one of two Muslim women (Rashida Tlaib of Michigan is the other) in that legislative body. 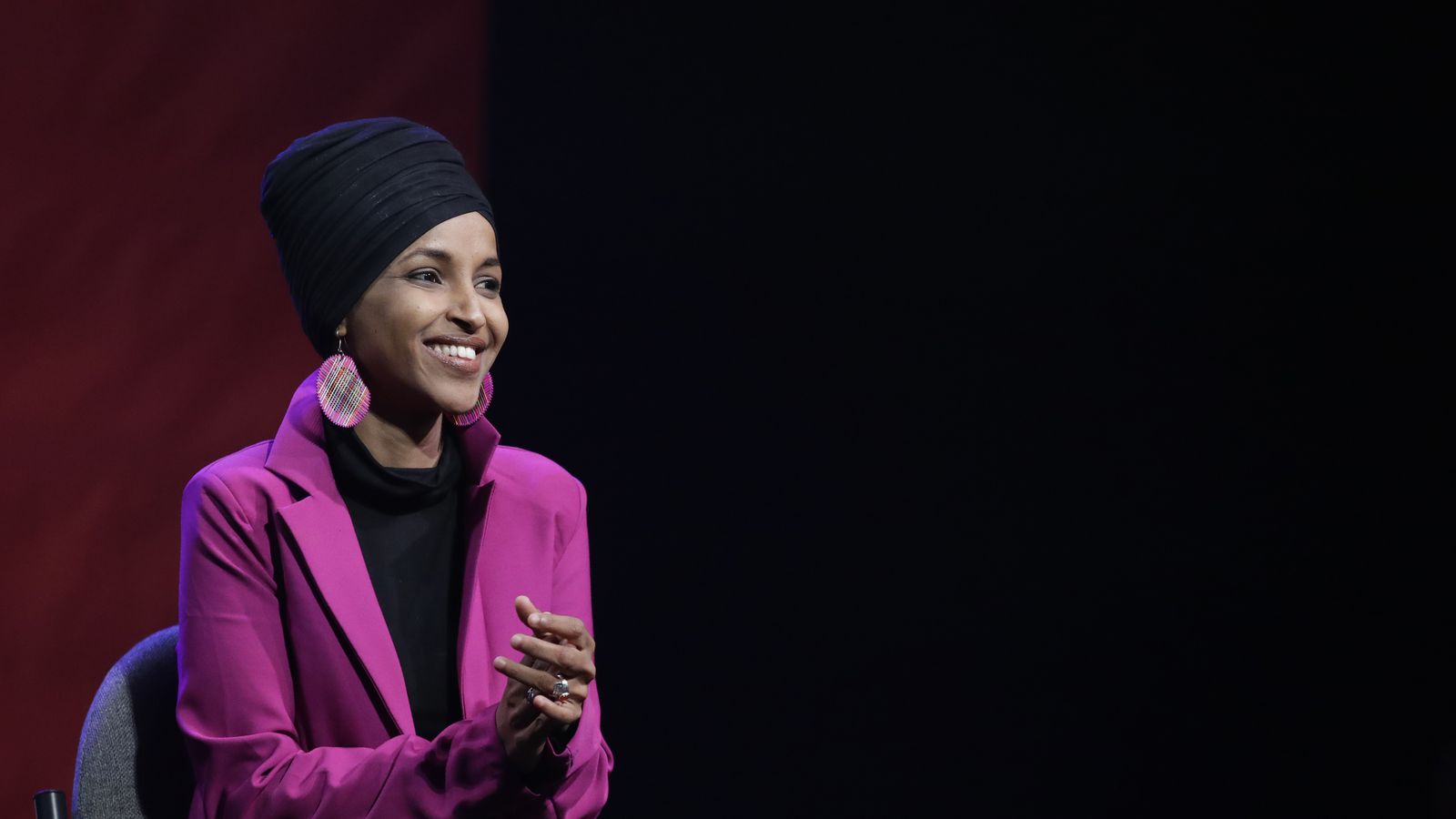