As reported by US Weekly, Eminem is afraid of what his ex might divulge in ‘The Meaning of Mariah Carey.’

An insider told the outlet:

“Eminem’s Achilles heel has always been Mariah Carey. They had a very toxic relationship. He knows that Mariah is going to say very negative things about him. He is expecting the onslaught, and almost welcomes it.” 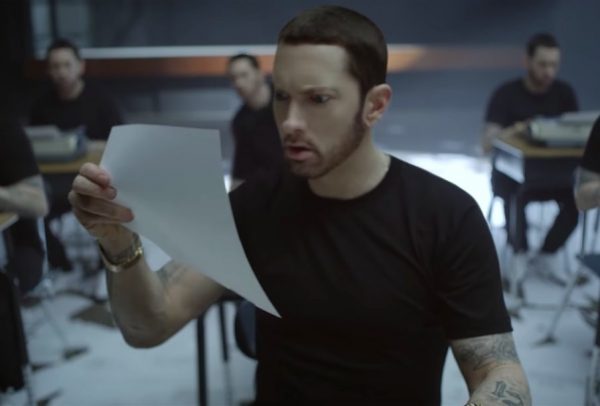 The ‘Love The Way You Lie’ rapper is most afraid that Mimi might reveal the the intimate details of their relationship. The insider said:

“Marshall is stressed out that Mariah is going to say shit that he was bad in bed or a selfish lover because he has always been very insecure about that. She knows that.”

The pair’s relationship reportedly did not end well, with each artist taking shots at each other through song. The most recent of which came from Eminem in 2019 on Fat Joe‘s ‘Lord Above.’

For the Songbird Supremes’ take, we will have to wait until the ‘Meaning of Mariah Carey’ comes out on September 29.

AMC Will Open Theaters on August 20 With 15-Cent Tickets