Denver International Airport’s (DEN) new five-year $3.5 billion extension project will include outdoor patios that will be accessible to all ticketed passengers.

Four new outdoor areas will be built—one on A Concourse’s west side; B Concourse, which will get two patios one on the east and one on the west side; and C Concourse will have one on the east side. All the patios will be in secured areas and are for passengers only, no re-screen through TSA will be required. Construction on the first patio on the B Concourse is set to be done by the end of 2020 and the others are expected to be completed by the end of 2021.

The new patios are part of DEN’s expansion project that will add 39 new gates, amenities, shopping, and a complete renovation of the Great Hall. The project is intended to improve the airport experience for visitors, as well as increase security. The project has not gone without its share of controversy, however; back in August, DEN terminated its contract with the developer group Great Hall Partners after repeated issues and obstacles. 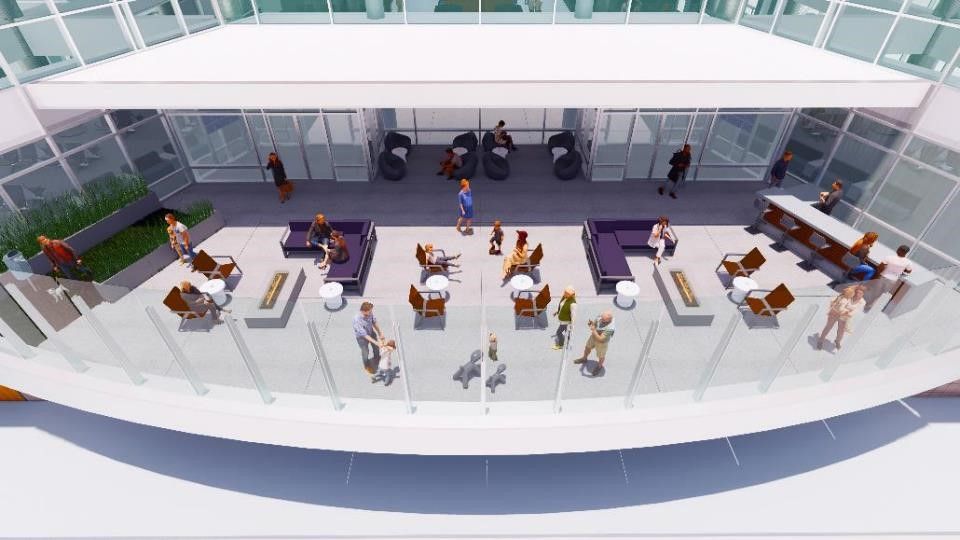 The new patio areas are sure to be a welcome change for passengers and will allow travelers to get some much-needed fresh air as they wait for planes and spend time between flights. The 39 new gates will expand the gates by 30 percent.

The airport was opened in 1995 and built to handle 50 million annual passengers, and needs improvements to accommodate the increased rate of visitors. The concourse project alone will cost $1.8 billion to complete, while the Great Hall renovation has a $770 million price tag, with the total cost of the Jeppesen Terminal project estimated at $1.1 billion.

The airport reported an increased number of passengers in 2019 and served 32.7 million customers in the first half of the year, as well as increased routes and international travel options. The airport will celebrate its 25th birthday this year.

We like the idea of being able to grab some fresh air between flights, without having to go back and forth between security checkpoints. What do you think about the new outdoor patio space at DIA? Let us know in the comments.