Denzel Washington recently revealed that he will start working on “The Equalizer 3” this year.

Denzel said, “They have written the third Equalizer, so I’m scheduled to do that.” 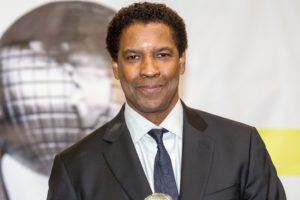 He added, “The Tragedy of Macbeth and then going and beating some people up. Can’t get any better, right?”

We don’t know if Queen Latifah’s “Equalizer” television show will tie in at all.

Shooting for The Equalizer 3 is set to start next year.